Annie Mac is an influential figure in the world of electronic music.

Today is Annie Mac’s last day of broadcasting as a regular host on BBC Radio 1, which is the UK radio station where she started her career.

In April, she announced her plans to leave the world-famous radio station, which also has regular shows hosted by the likes of Pete Tong and Danny Howard. Saying she was leaving radio broadcasting to focus on family life and her literary career.

Annie MacManus aka Annie Mac was born in Ireland and started at the BBC in 2002 as a broadcast assistant. In 2004 she eventually graduated to host her first show on Thursday nights called Annie Mac’s Mashup.

Her carer really took off after landing a prime-time Friday night slot, which is perfect for those getting ready for an evening on the dance floor. In the later years of her career, she also hosted her Future Sounds show between 6 PM and 8 PM on weeknights.

More than just a radio broadcaster, she is also one of the world’s most popular club DJs and regularly played headline sets at both nightclubs and festivals.

Many of today’s most successful DJ’s and producers made a career off the back of her support, and she will forever be one of the UK’s most accomplished broadcasting personalities to have come from the electronic music community.

Lots of her peers left heartfelt messages on social media commending her contribution to music. Fatboy Slim thanked Annie “For impeccable service to the rave, we’ll miss having you on our airwaves but we’ll follow your ventures wherever they lead us.”

Pete Tong also had fond words to say: “What an incredible ride it’s been, you’ve been an amazing ambassador, curator, supporter, enthusiast of dance and electronic music and a massive role model.”

Posting on her Instagram, Annie Mac paid homage to the other women presenters she has worked with at Radio 1 including veterans Maryanne Hobbs, Sara Cox, Jo Whiley, B Traits, Jaguar, Tiffany Calver, Jamz Supernova and more.

In the post, Annie Mac wrote: “When I joined Radio 1, the gatekeepers of mainstream music and alternative music on the radio were mostly men. It was lads lads lads! Chris Moyles was at the helm, who generally seemed to use women (and anyone who wasn’t cis male) as props for jokes.”

“We’ve come some ways, and I know it’s obvious to say but god it’s important to say, that there’s still a way to go. I love listening to women on the radio. All colours and creeds. Funny women. Nerdy women. Whip smart women.”

“I would love to not be pleasantly surprised when there’s a new appointment of a solo female DJ in a high profile show. I would love to hear a mainstream radio show with two female co-presenters. Broadcasting needs to keep investing in women in all of our varied glory.”

Her last show is tonight on Radio 1, and you can tune in online from HERE 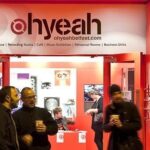 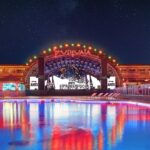