It was announced on the 28th of July that cultural spaces including concert halls and theatres can open to the public from 6pm on the 29th of July.

Although live music is permitted for rehearsals and performances without any restrictions on volume for those in the audience or on stage, there will still be some limitations for those who chose to attend an event.

There is still a ban on dancing, plus people must remain in allocated seats, and venues are discouraged from selling tickets on the door, so people buy in advance. Anyone who chooses to attend a gig in a Northern Irish music venue must also adhere to a 1 metre social distancing rule.

People from within the country’s arts sector have got some doubts about the sustainability of opening under these restrictions, but on a whole do welcome the opportunity to perform again.

Roisín McDonough is the Chief Executive of Northern Ireland’s Art Council, and she gave a statement saying: “The announcement yesterday by the Executive in relation to the reopening of theatres and art venues is to be welcomed as an important step forward for the arts sector to begin to return to some sort of normality.”

“We hope as many venues as possible will be in a position to do just that though we recognise for some it won’t be economically viable with social distancing measures in place. In turn, it also means that the creative practitioners and freelancers, which are the beating heart of the arts sector, will continue to face a precarious and uncertain future and will need continued support.”

“The Arts Council is pleased to play a role in the work of the Ministerial Task Force and looks forward to its important forthcoming recommendations which Minister Hargey will consider.”

This is just one step in the easing of restrictions in Northern Ireland, which is steadily catching up with England and other parts of the UK that have now fully reopened. 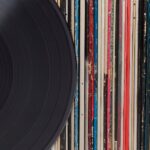 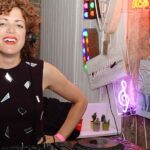