Agoria is one of France’s most accomplished DJs, known for his eclectic DJ style and melodic productions on labels ranging from Innervisions to his own Sapiens.

Sebastien (Seb) Devaud aka Agoria, has played DJ sets at some of the world’s biggest festivals and club events, plus mixing compilation CDs for international brands like Fabric and At The Controls.

He is known for blending avant-garde elements with club-friendly percussion to create his own unique style, while being firmly rooted in the underground he also has mainstream appeal.

Soon to drop a new album, we caught up with Agoria to learn more about the new LP along with some of his passions outside of music…

Hi Seb, it’s great talking with you today. What part of the world are you currently living in, and are you still in lockdown?

My pleasure. I moved six months before the pandemic to the countryside, an hour from Paris, in the middle of nowhere. I used to live in the centre of Paris, in the Le Louvre area, so it has been a big change.

Apart from not being able to play gigs, what’s been your biggest lifestyle change during the pandemic?

I refreshed my whole lifestyle two years ago in order to care more for my family, and to align myself with my thoughts. I have to admit that it has been the best move I could have done. I enjoy spending time with shepherds learning about the rural ecosystems and real-life connections.

Did having some time away from touring to allow you focus on some of your other passions in life, as I understand you are a big fan of films, and wanted to know if you had any recommendations?

It won’t be very sexy maybe for your readers, but my biggest passions are science and philosophy. Let’s say it differently, my biggest passion is ‘the questions’ in general. And from time to time, I find a few answers… As artists, we are guided more by personal intuitions than formal thinking. The reason why I love to debate with scientists and philosophers whose questions are over and overstudied.

But you are right, I love films and cinema. On my last album, I scouted three different new directors for my music videos: Jessy Moussallem for ‘Embrace’, Hernan Corera for ‘You’re Not Alone’ and he also did ‘3 Letters’, Loic Andrieu for ‘Call Of The Wild’. Such talented directors! I’m glad to see them popping off now, and receiving a lot of attention.

I would advise you to watch their early works too. I love Jessy’s music video of ‘Mashrou’leila’.
For a classical movie reference, go watch any Tarkovski movie, and for a recent one, I would strongly recommend ‘Sound of Metal’ directed by Darius Marder.

I’m told you are also a fan of visual art, and I wanted to know more about this. Is it things like painting or more like digital animation, and who are some of the artists that you like the most?

More than the art discipline by itself, I’m more interested in the process and what the artist wants to express. Sometimes you can see beautiful art but if it’s only retinal, it won’t touch me much.
I worked in the past with Philippe Parreno who is one of the most exciting contemporary artists. We have collaborated on two exhibitions, at the Tate Modern in London and at the Armory Park in Nyc. Through him, I learned a lot about the ideas process, and how to achieve a concept, plus how to cross disciplines. I’m also very intrigued by Tino Seghal’s approach. I had the chance to have dinner with him, and we spoke about the non-materialist approach to visual art.

On the subject of art and creativity, you recently put out a non-fungible token. Can you tell me more about the NFT you have made?

Yes! It came with my new single: What If The Dead Dream… I thought the rigid beauty of the NFT makes sense to certify the living! The NFT reveals the birth of plant micro-organisms where we witness the origin and development of cells. This NFT is an echo of the living.

How does the forthcoming ‘infinite remix’ form part of the concept of your new album? What sparked your interest in working with new technology like NFTs, AI and Bronze?

It’s a common thing in the music industry to get remixes from other artists. Meanwhile, and more recently, artists have started asking AI to repeat human arrangements of music. There was a lot of press about AI cloning Beatles or classical Bach pieces. But what about asking an AI to be an AI?

My will with this AI player, is to get a total AI version, where my human version is questioned. How do I know if I managed to get the final version of my song? Is there a definitive version? How can we be sure…? Do we have to validate recording music as a unique piece?

That’s how I came the idea of having infinity versions of my music. It quickly became very addictive, and every morning I want to be surprised and challenged. Each time I’m pressing the play button, I’m listening to a new version of my song What If The Dead Dream.

I wanna hear my album in perpetual evolution. There will be a player for the album that will merge my songs into a new format where albums and singles are not defined anymore.

What made you pick the track with Ela Minus as the first track from the album to release – how does it lead the way for what’s to come?

This track questions the rebirth… it can’t be a better restart…! And I’m in love with Ela’s work.

Moving on from music, I was told you also have a passion for ecology, can you explain a little about what that is?

If I am a fervent defender of artificial intelligence, living systems by their adaptive capacity remain the best example of collective intelligence. I’m working closely with Nicolas Desperat, a biophysicist at ENS Paris. We are currently developing a few projects… One is Hemp FM, and this radio will broadcast the real-time signal of a hemp field breathing. We have developed tools that help us to read the data from the plants, sonically and visually. I invite you to follow my project ‘Phytocene’.

Does what you have learned from ecology and natural science influence anything in your music?

More than influencing my music, it creates my music 🙂

Thanks for taking the time to talk with me today, before we finish, do you have anything to add or a message for fans?

Have fun going deep in all your experiences.

Agoria’s track ‘What If the Dead Dream feat. Ela Minus’ is out now on Sapiens, and you can pick up a copy from HERE 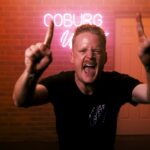 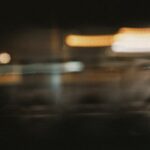