Vikthor made waves in 2018 with a release on Carl Cox’s label Intec, and in 2019 he is back on the label with a much anticipated follow up.

Carl Cox and his label Intec we are very fond of here at Change Underground, and the new release is yet another fine example of why we along with so many others hold the label in such high regard.

Not only does Intec release music from its label owner and many of electronic music’s most accomplished artists ranging from Nicole Moudaber to Eats Everything, the imprint also provides a much needed platform for exciting new talents waiting to be unleashed on the world.

Naples is an Italian city quickly becoming one of Europe’s most consistent breeding grounds for techno talent. Vikthor is one of the people leading the next generation of Neapolitan techno artists on their way to joining the likes of Joseph Capriati and Luigi Madonna who also have roots in the Naples area.

Labels other than Intec to have released music from Vikthor include Skull And Bones, Orange and Bush Records.

All of Vikthor’s releases have been of exceptional quality, and his latest one is no exception with its dark atmosphere and thundering drums. From the new release on Intec we have been lucky enough to premiere the old school influenced “My Mood” which has a warehouse party vibe. 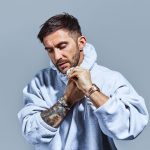 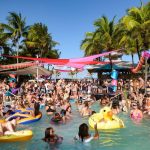