Alejandro Mosso has worked with labels ranging from Cocoon to Sol Selectas.

Alejandro Mosso is a talented producer and live performer who is well-known internationally for his intricate grooves with flowing percussion and deep atmosphere.

He has many years of experience inside the music industry, and he has an accomplished back catalogue with music released on labels including Do Not Sit, Third Ear, Sol Selectas and Get Physical.

Rather than performing DJ sets, he is a live performer who uses synthesisers, samples and drum machines to perform in clubs. His talents have seen him play all over the world in places like North & South America, Europe, Africa, and Asia.

His latest release is a single called “Surrender” which is an extended track 47mins in length. The track flows like a live set with a fluttering synth line that’s soon joined by some shuffling percussion rhythms and jazz-infused melodies.

Building slowly, the track unfolds with trippy atmospherics as the rhythmic flow lifts and falls to provide captivating peaks and troughs that engage the listener with tantalising suspense.

Its tribal undertones and organic sound design compliment the stripped-back aesthetic of the groove, and this track is better described as a live set that’s captivating from start to finish. 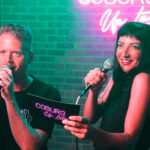 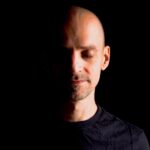