A research report led by UK publication The Guardian, has found that many festivals still book line-ups that consist of predominantly male performers.

The line-ups of 31 festivals were analysed, and the results found that Manchester’s Parklife was over 70% male-dominated, while other festival events such as Creamfields had 91% male performers. Not all events were this unbalanced, but many had more than 60% men.

Keychange is an organisation that pushed for gender equality and equal opportunities. Maxie Gedge is a project manager for the organisation, and in an interview with The Guardian gave the following statement: “It’s totally unacceptable that after a year of turmoil, women and minorities are being excluded from this return to live.

“We usually stay on the positive side instead of calling people out, but we’re getting tired. It’s not an accident any more, it’s a statement of exclusion.

“The fact that this keeps happening shows that there are certain festivals that just aren’t taking responsibility, or they’re not viewing it as their responsibility when, in actuality, it’s everyone’s.”

Keychange wants festivals to have line-ups that are 50% women and gender minorities by 2022.

Some believe that gender isn’t important, and in the music industry it’s only the quality of the music that matters, but using positive discrimination to build balanced gender line-ups helps inspire others.

People being able to identify themselves with a performer can fill someone with the confidence to create or perform themselves. This can help dilute industries that have traditionally been dominated by one gender, as it helps to unlock the creative potential of more fresh talent, and give opportunities to those previously overlooked. 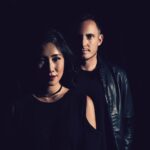 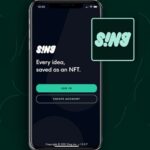