Tensnake is a house and disco icon, known best to many for his hit single “Coma Cat”.

Producer/DJ Tensnake has released the official video for ‘Make You Mine’, completing the trilogy of videos released for singles ‘Somebody Else’ and ‘Strange Without You’, all of which were recently released on album L.A., out now via Armada Music. A musical diary that is a love letter to the City of Angels, L.A. provides an introspective musical account of experiences with love and loss, all with a distinct pop influence.

The story begins with ‘Somebody Else’, featuring vocals by Boy Matthews, the video follows two girls in love as they enjoy each other in the wondrous city of Los Angeles. From the beginning we learn there is a twist in the tail and their love cannot be. One of them doesn’t belong to this universe, she is secretly a mermaid, which is a secret kept from the rest of the world.

In Part II via ‘Strange Without You’ featuring Daramola, we follow one of the girls as she misses her lover, the mermaid. Retracing her steps, she’s unable to get her out of her head, and reality becomes mixed with memories. With her unable to distinguish what’s real and not via special effect-laden scenes, the video ends with her sinking into a bath, dreaming of lost love.

The last chapter unfolds with ‘Make You Mine’, when the mermaid emerges from the sea to return to her lover, who emerges from her bath. She finds her in her home, and the two embrace in a climax of visuals and the lines between real and fantasy are blurred into a scene of passion. The story ends with both girls making their exit into the sea, dual mermaid tails diving into the sunset kissed waves.

The video trilogy was produced and directed by Groovy Chaos, an award-winning production company based in Monterrey, Mexico. It is highly specialized in visually attractive and powerful storytelling videos. With work featured and honoured at Cannes, Groovy Chaos has worked with international companies such as Coca Cola and Universal Music as well as artists ranging from Moby to Placebo.

Regarding the trilogy, Director AJ Gomez said, “When I first listened to Tensnake’s tracks I felt in love with them instantly, they gave me this fantasy dreamy vibe which helped me escape the world for some time, I knew Tensnake wanted a story based in L.A. so I listened to the tracks over and over and I remembered one time I was on Venice beach and I saw a girl coming out of the water and ran to kiss her partner, she kissed her so passionately they even felt to the sand, so I kind of think of the moment while listening to the tracks over and over and a mermaid started coming into my head, I kind of thought the ‘Somebody Else’ could be no about a loved person who is with someone else but that she doesn’t belong to our world and she has to go back eventually, So ‘Strange Without You’ would be about the other girl feeling she doesn’t feels she fits in this world anymore and she’s hunted by visions of the mermaid and the sea. And ‘Make You Mine’ becomes the reunion of these two girls after the mermaid decides to come back for her and take her with her to the sea.

He adds, “So for me the story reflects diving into a fantasy which is kind of what the tracks did to me, they helped me escape the world for a while.”

A stunning, heart warming, three part video series, ‘Make You Mine’ completes the story of two lovers in Los Angeles, a beautiful cross between real and imagination.

After getting his first taste of critical acclaim in 2009 with his ‘In The End (I Want You To Cry)’ EP, Tensnake has been cementing his status as a dance music pioneer every step along the way. The Hamburg-born DJ, producer and label boss secured U.K. chart success with 2010 single ‘Coma Cat’, officially remixed songs from the likes of Aloe Blacc (‘I Need A Dollar’, 2010), Lana Del Rey (‘National Anthem’, 2012), London Grammar (‘Hey Now’, 2014) and Duke Dumont (‘I Got You’, 2014), collaborated with Nile Rodgers, three-time Grammy-winner Stuart Price, Jamie Lidell, MNEK, Fiora and more for his debut album ‘Glow’ in 2014, and snatched up over 70 million streams on Spotify to date. And now with a brand-new artist album in the pipeline, Tensnake is taking all the right steps to ensure that this year will be his best one yet. 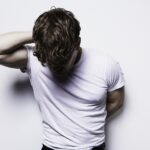 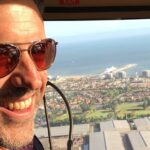