Satori is back on Damian Lazarus’ Crosstown Rebels.

Satori makes a welcome return to Crosstown Rebels, and has teamed up with Ariana Vafadari on their track “Lalai.” Inspired by the concept of letting go, the track acts as the latest precursor to his much-anticipated 2022 album.

Speaking about the release, Satori said: “The song is sung by Iranian opera singer Ariana Vafadari and recorded in a 400 year old water well. Initially she wrote the lyrics for her son, for when she takes him to bed, but eventually we gave it a broader meaning. It became more of a ‘goodbye’ song, that represents the ‘letting go’ of a person or the ‘letting go’ of day into night.

“The two extremes were my inspiration. On one side you have Ariana, the lullaby, which is very delicate and romantic. On the other hand you have the heavy electronic sounds of beats and synths. It was a big challenge to bring these worlds together but I am very happy with the result.”

An enchanting cut, “Lalai” showcases the transcendent sound with which Satori has become best known. It builds slowly, meandering through rustling hats and tribal-like drum patterns, whilst the dulcet tones of both vocalists shimmer softly throughout. Perfectly matched for spiritual dance floor moments, it makes for the ideal sequel to his November single: “Yellow Blue Bus.”

From holding down an eighteen-month residency at Heart, Ibiza to having nearly four-hundred-thousand listeners on Spotify each month, Satori is a truly worldwide artist in today’s electronic music scene. Having been championed by Damian Lazarus early on in his career, he has emerged as a must-see live act for fans from all corners of the globe. 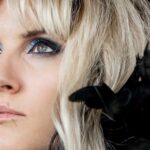 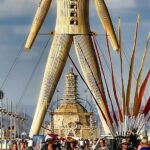