Da Mike is a Greek artist who has been making a name for himself within the Afro house scene for the last couple of years and his new release lands on the Sol Selectas record label.

Sol Selectas is an American record label run by Sabo and although it is primarily known for organic house, the record label does also diversify into other genres such as Afro house, downtempo and deep house.

AMÉMÉ featured a remix on the last Sol Selectas release and the label continues to explore Afro house vibes with the two tracks on Da Mike’s new EP, East to West.

Despite both tracks undeniably being Afro house there are also some strong synth lines that give this EP a melodic house crossover, as Da Mike has combined a variety of influences in his melting pot of sounds.

First is the EP’s title track “East of the Sun” which sets the scene with dramatic conga hits and drum fills that add to the eerie suspense of the pads. Stabbing synths with acid modulation also develop spine-tingling suspense. The rather spectacular breakdown is a spellbinding section that leads to an uplifting moment when the percussion is reintroduced.

“West of the Moon” is next on the release and it sounds like it could have been used in the soundtrack of the recent Dune movie, as it’s got Arabic vocals and epic synths that give it a contemporary sound with ancient influence. Sparking imagined visions of futuristic deserts while providing up-tempo energy, it creates psychedelic vibes on the dance floor.

Out now, you can purchase the EP from HERE. 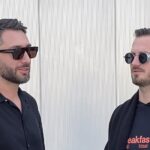 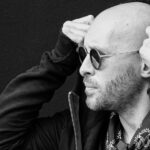