The world-famous German club has released financial reports that have the management worried.

The report dated the 5th of May 2020 shows that the future of the venue is hanging in the balance due to the current situation of the global pandemic.

In the report it states that, Berghain OstGut GmbH’s liquidity would be safe until the end of 2020, but goes on to imply that they had expected to be open again in the last quarter of 2020.

Stated in the final paragraph of the Going Concern premise, the document reads: “If the negative effects of the Corona pandemic extend into 2021 and business operations can only be resumed much later than currently planned with existing capacity and demand, the management considers that this would be a threat to the stock.”

This seems to suggest that the venue now believe that if they are closed for much longer, then the value of the business could start to fall, and something like that could be the first step towards liquidation.

Not being able to open its doors to take revenue from tickets or drink sales is something that’s affecting clubs and venues around the world.

We would hope that long-standing institutions of cultural heritage such as Berghain will find a way to pull through, but the clock is ticking. Despite being closed, clubs still have overheads such as employee wages, premises rent, plus utility bills such as electric and water.

It’s great that the vaccine is being rolled out across the world, but there is still a race against time for clubs that are struggling to avoid bankruptcy. 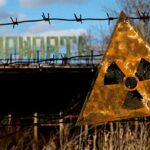