Fuse is the oldest club in Belgium, and like most of the venues in Europe, it’s been closed for the last 12 months.

On the 9th of April, the venue will be open to the public for the first time in over a year.

The venue is opening for an exhibit show called “Echoing Through Eternity” that documents stories from the clubs 27-year history.

Hosted across multiple rooms, the history of the club will be revisited on a year-by-year timeline. Including a collection of collectibles, posters and flyers.

Also included in the exhibit is the story of the venue before it was a club space, as it was originally opened as a cinema before becoming a techno club.

There is also an interactive installation where guests can get immersed in “three minutes of a club experience”.

Peter De Cuypere is a co-founder of the venue, and as part of the exhibit he shared his account of the venue’s early years.

Longstanding event promoters like Thierry Coppens of the La Demence party also share their relationship with the venue.

Both the backstage and DJ booth will also be open to the public for the first time in the history of Fuse, so curious guests can get a feel for the venue from the perspective of a DJ.

Echoing Through Eternity is scheduled to be open every Friday, Saturday and Sunday from April 9th to April 18th.

In order to comply with COVID-19 restrictions, people must book in advance, as appointments are required for entry.

Tickets are available from HERE 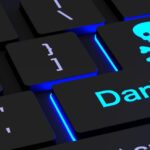 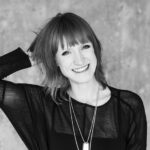