Hailing from France, The Reactivitz is a techno artist known for his high energy DJ sets and peak time productions.

A popular DJ booking in his home country and other parts of Europe, he is known worldwide for the tracks he’s released on top-selling record labels including Tronic, Set About, Codex, 1605, Respekt, Octopus and Intec.

The Reactivitz recently announced a debut album on his own label Immersion, which features twelve tracks that combine into a compelling listen.

His club focused tracks are often found in the DJ sets of people ranging from Carl Cox to Maceo Plex, and although the tracks on the album would all have a place on the dance floor, it’s been arranged so they flow as a continuous stream of music that’s also good for home listening.

The LP’s opening track “The Past Is Gone” is full of tension and creates suspense with its ominous bass and eerie chords. Track two “Nothing in My Mind” gets the energy flowing with its rolling percussive groove and captivating vocals tones.

Moving between different styles of techno, the album changes pace with the breakbeat percussion and ethereal pads of “Oracle”, before once again ramping up the energy and powerful synth line of “Anywhere on Earth”.

The album switches between dark and light with tracks like “Delirium” bringing moments of sweet euphoria, and others such as “Comet” bring a darker more intense vibe.

“Full of Hope” is the outro track that closes out the release, and its ambient atmosphere is the perfect wind down after the techno roller-coaster that this album is. 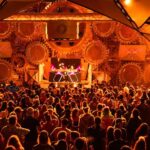 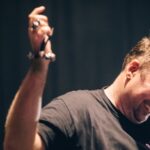