UMEK closes out 2021 with his new two-track EP ‘Frequency Differ’.

2021 has been a crazy year for lots of reasons, but that hasn’t stopped there being an abundance of amazing music, and UMEK has been one artist who’s consistently risen to the top.

He has released a total of four top-selling EPs via his own label 1605, and also had two chart-topping remixes when he has reworked classic tracks like “Red Herring” by Union Jack, and “Synaesthesia” by The Thrillseekers.

UMEK’s production style is so consistent that it’s hard to tell if he saved the best until last, as everything he puts out is of such high quality, but his Frequency Differ EP is certainly a contender to be a possible best of the year.

We will draw attention to the B-side first, as those who don’t know a lot about UMEK’s background, might not realise he has been releasing music for approaching three decades. During that time has constantly evolved and pushed the boundaries with new ideas. He also draws inspiration from the past, and “Binary Pair” pays homage to the classic sound of Detroit.

Binary Pair is an electro track that is true to the blueprint laid out by pioneers such as Juan Atkins’ Model 500, and it’s a track made in collaboration with Zeta Reticula, which for those not already in the know, is UMEK’s other music-making alias. So, yes… he has collaborated with himself lol.

Like this EP, we have decided to save the best until last, as for most people it seems quite safe to say the EP’s title track “Frequency Differ” will be the standout piece of music.

Frequency Differ is what most of today’s modern audience have come to expect from UMEK, and it’s very much in line with the trademark style that more often than not can be found at the top of Beatport’s sales charts. Its rumbling bassline and euphoric breakdown combine with dark atmospherics and pounding percussion to create a tantalising dance floor experience. 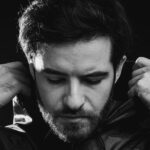 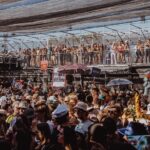