The big news for his edition is also that the Terminal V team have added a huge new additional 10,000 capacity, hangar-style space to double the overall capacity of the event to 20,000. This new interconnected space will allow for even more lights, lasers, special visual effects and unique new stage designs to add to the unrivalled experience of the whole thing, making this potentially the biggest Halloween rave in Europe.

Providing the soundtrack at this game changing event is a world class selection of talents from house and techno’s vanguard. Fans of deep, emotional house and techno will be catered for by master of their craft and Innervisisons boss, Âme, while Bontan has become one of the biggest ever selling acts in Beatport thanks to his irresistible house style. Meanwhile, French titan Laurnet Garnier brings the class and Luciano will serve up his unique minimal sounds. Dublin’s Krystal Klear will bringing his edgy sounds and Maceo Plex will be coming off the back of a huge season in Ibiza.

The Reckoning will be an absolutely must attend, were-you-there event that will be talked about for years to come. Like all Terminal V parties it will sell out, so make sure you act fast to secure you place on the dance floor.

Some artist & promoter quotes:
Patrick Topping – ‘Terminal V was literally one of the very best gigs of my life and it blew me away.’
Richie Hawtin – ‘Terminal V reminded me why Edinburgh is a pure techno city. Incredible.’
Chris Liebing – ‘Terminal V was an outstanding festival with so many artists and a great vibe all round.’

Terminal V’s promoter Derek Martin – “We’ve increased the festival site each time since we launched in 2017, but this is by far the biggest leap yet, connecting up a 3rd and the biggest) warehouse space to our existing site, opening doors on all sorts of new stages, production and acts than ever before. To our knowledge, there is no bigger indoor event space in the UK to hold such an event, it’s set to be incredible.”

Terminal V Promoter Simon McGrath – “We’ve been excited about this warehouse addition for some time. It’s great to now be at the level that we’re able to incorporate an additional 10,000 capacity space into our Terminal V events. We can’t wait to get our production team into the space. The lighting and sound designs we have planned for the new space are going to complete the new layer in Terminal V ‘s growth.” 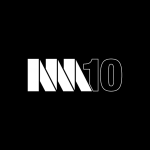 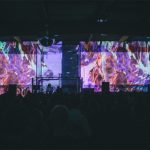