Coachella last night made a cryptic Instagram post that heavily implied that Swedish House Mafia will be one of the headliners for the 2022 event.

Although it’s yet to be confirmed 100%, it’s looking highly likely that Swedish House Mafia will become the third headliner alongside Travis Scott and Rage Against The Machine who have both already been confirmed.

If the expectations are true then this will be the first time Swedish House Mafia have preformed at Coachella in 10 years, and there is already much online hype building amongst fans.

Swedish House Mafia consists of a superstar trio of solo artists Axwell, Steve Angello and Sebastian Ingrosso, who each individually replied to the Coachella post, to further excite fans and make it look like they will be playing the Californian based festival.

Swedish House Mafia billboards have been mysteriously appearing in cities across the world, and earlier this year they released their first new music in over eight years, so everything is looking likely for the EDM supergroup to headline what’s perhaps the world’s biggest music festival. 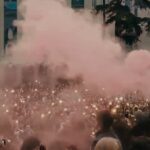 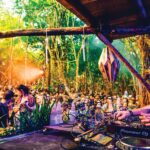