‘Midnight Frontier’ is a new documentary about LGBTQI+ activism, and the film is centred around the Bassiani nightclub in Tbilisi, Georgia.

Peter van Langen produced the film in 2019 and it’s already been shown at numerous events such as Amsterdam Dance Event (ADE). The film raises awareness of the homophobic abuse that’s worsening in Georgia, and how the Bassiani nightclub is also being targeted, due to its acceptance of the LGBTQI+ community.

The film is available for free online streaming in a bid to expose what’s happening in Georgia to the world, and includes accounts of what happened on the International Day Against Homophobia. A day where queer activists were confronted and attacked by thousands of anti-gay protestors linked to the Georgian Orthodox Church.

Giving a shocking insight into what the LGBTQI+ still faces in Georgia, the movie offers a rare insight into a Bassiani nightclub, which is known across the world for both music policy and all-encompassing door policy that local bigots find offensive.

Along with the production of this documentary, Peter van Langen also wrote a Bachelor’s thesis called ‘Last Dance’ that explored the inequalities and violence facing queer communities, while explaining the resistance and sanctuary that dance floors, nightclubs and music communities can offer. It timelines this from the 1970s New York club scene through to modern-day Tbilisi, and you can read that full thesis here.

Bassiani was forced to temporarily close after local authorities sent armed police to raid the venue in what was labelled by the owners as a right-wing “smear campaign”. During its time closed, a series of protest raves where held outside of the Georgian Parliament building demanding the venue be allowed to reopen, and those events are featured in the Midnight Frontier documentary, which you can view in full below… 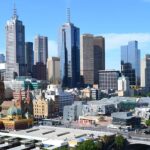 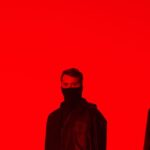