EXIT became the first major European festival to take place this summer, and had a total of around 180,000 people in attendance.

To match the impressive crowd size the event had an equally epic line-up with artists ranging from David Guetta to Charlotte de Witte.

2021’s edition was the festivals 20th anniversary and it was closed by an Solomun who played a 5 hour set to a huge crowd that filled the horizon when looking out the DJ booth.

Solomun played in the in the mts Dance Arena where he first performed 10 years ago as an up-and-coming artist before establishing himself as one of the world’s most in demand DJs.

His 5 hour set is the longest ever played at the festival and as expected, he delivered a perfect DJ performance with seamless mixing that left the crowd trying to work out where one track started and other finished.

It’s been a full eighteen months since the start of the pandemic when the music industry was shut down, and from the videos that have emerged from the event, it’s clear that people made the most being able to dance without restriction.

Switching up the video to deliver an audio journey that passed through the realms of melodic, ethereal, tribal, and organic, the set seemed the perfect ending to a landmark event for Solomun, the festival organisers and the music industry on a whole.

There were of course many other fantastic DJ performances at the four-day event held in Novi Sad, Serbia.

You can watch Solomun’s full set below… 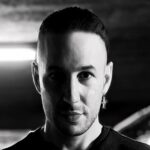 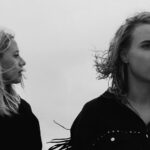