Magician On Duty is known for deep and organic house with soothing melodies and immersive atmosphere.

Magician On Duty celebrates 5 years of the record label with an eight track VA where Bandcamp sales for the first 30 days will be donated to help refugees displaced by the war in Ukraine.

The record label is run by the Magician On Duty artist who shares the same name as his imprint, and he has close connections to the country after touring there. He has many friends who still live in Ukraine, and he wants to help those who have been directly impacted by the war.

Along with the eight amazing tracks on the release itself, the first 450 people to buy a copy can also claim a limited edition NFT which has been designed to thank fans for their support. There are some restrictions on where to buy the music and how to claim the NFT, which can be found HERE.

Moving onto the music itself, Dan Bay opens the release with a majestic track called “Waste My Time”, which is a perfect mood-setting piece of music with its trippy vocal.

Deep Andi is next up with his dubby and introverted track “Glees” that pulls the listener deep into another world where the music can take full control.

K2W0 then introduces some desert vibes with his sun-drenched track “Break Your Neck”, which has a plodding yet determined groove like a weary traveller walking across the Sahara plains.

Ryan Haeng’s “In Der Schwebe” is a psychedelic cut with rubbery acid textures and pulsating rhythms layered with epic chords.

Haen and Lex Ludlow collaborate on their track “Weightless”, which layers breakbeat rhythms with an acid bassline and ethereal vocal textures.

Kapoor’s “Exodus” sounds like it could have been taken directly from the Stranger Things soundtrack, layered with some groovy percussion and a spooky vibe that’s a perfect mood change for the release.

Friends of Hannes closes the release with the techy vibes of “Arumi”, which has a twisted synth line layered with dramatic percussion and a throbbing bassline.

A great EP that captures the label’s full spectrum of sound, you can pick up a copy on Bandcamp to support the cause HERE 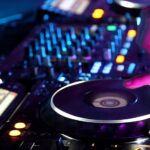 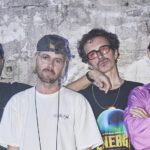