Falls Festival runs in the state of Victoria from the 29th of December to the 31st of December and is a popular way for Aussies to bring in the new year.

Headliners for the 2022 event include bands including the Arctic Monkeys plus electronic music artists such as Peggy Gou, Ben Bohmer, Camelphat, Mall Grab, DJ Seinfeld and much more.

The original site was Pennyroyal Plains in Murroon, but after everything had been confirmed with the local council and other relevant state officials, a small group of locals have gone to court in the hope of stopping the event from going ahead in that location.

Although the court hasn’t approved the council’s request, they have set a hearing date for February/March 2023, which is after the festival is due to go ahead. Meaning the festival can’t legally run before that date, causing the 2022 edition to relocate to inner-city Melbourne.

It will now take place at Melbourne’s Sidney Myer Music Bowl across two stages but without onsite camping. Attendees will instead have inner city conveniences including access to Club Falls, Rancho Relaxo, multiple bars, food trucks and much more.

In an official statement on Instagram, the event’s organisers said: “Dates and lineup will stay the same. Tickets for the Birregurra location will be valid for Falls Downtown Melbourne, and all camping tickets will be automatically refunded from Thursday 29 September 2022. Ticket holders who are not able to attend the new venue in Melbourne will be able to apply for a refund from 12pm AEST Tuesday 13 September until 5pm AEDT Thursday 13 October. More information can be found on our website.

“Falls Byron will take place at North Byron Parklands, with preparations well underway at the venue to bring you a premium New Years festival camping experience, and Falls Downtown Fremantle in its new home at Fremantle Park.

“We can’t wait to ring in the New Year with you!

Tickets to Falls Downtown Melbourne on sale 9AM AEST Wednesday 14 September at fallsfestival.com”

You can find tickets for the event’s new location HERE 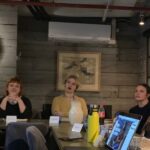 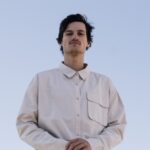