Innellea makes his debut on Anjunadeep with an impressive remix of Forma’s ‘In Control’.

Forma is an Argentinian trio that blends warm vocals and electronic production to create an uplifting melodic house, and Innellea has reworked their latest single.

In many ways, it’s surprising that Innellea hasn’t featured on Anjunadeep prior to this release, as he seems an obvious fit for the record label following his previous releases on other imprints including Afterlife, Diynamic and Innervisions.

One of the most exciting new talents to emerge in recent years, Innellea has risen through the ranks of the melodic techno scene and has become a firm favourite among fans of the genre.

Known globally for his futuristic and dark sound, Innellea is known for his high-quality reworks and has also remixed tracks by the likes of RÜFÜS DU SOL, Stephan Bodzin and Monolink.

On this remix of Forma’s ‘In Control’, Innellea showcases his trademark techno-influenced sound, adding a driving bass and bold synth lead in the breakdown, transforming the original track into a club-ready version.

In Control is taken from the live session Forma filmed earlier this year, which was shared via the Anjunadeep YouTube channel, and alongside Innellea’s remix the release also features the live version. 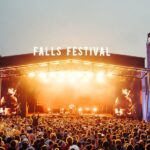 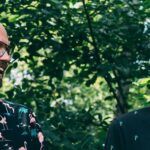