Ibiza clubs will be allowed to reopen from next weekend.

Last week it was reported that there was optimism about Ibiza soon opening its nightclubs again, and this week it’s been confirmed that will happen on the 8th of October.

It was ruled by the Consell de Govern Balearics today that clubs can open with a restriction of 75% capacity provided they also close at 5am each night, which will allow for cleaning and other health and safety precautions between events. Masks will remain mandatory and there is no drinking allowed on the dancefloor

José Luis Benítez is Ocio de Ibiza’s Leisure Manager, and speaking about the relaxed restrictions, he said: “The responsibility we have from now on has been demonstrated.” Then he continued: “We are going to ask our partners and clients for more responsibility so that they do not take any step backwards.”

Earlier in September, Ibiza lifted coronavirus restrictions on night-time events, which allowed social gatherings between 2am and 6am to go ahead without restrictions. There was also a successful pilot event at Ibiza’s Hard Rock Hotel that found no new COVID cases during follow up testing of the 1236 attendees.

The people who attended that test event were fully vaccinated, and wore masks throughout the party. 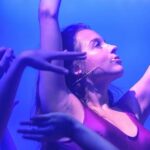 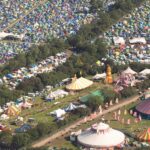