Police responded to claims that the Magdalena Club had over 200 people in attendance, but that was actually the number of people watching the stream from their home.

Berlin police were rushed to the city’s Magdalena Club this weekend in response to a concerned local reporting a suspected illegal rave.

The call was made to the police at around 9:30 pm on Saturday the 13th of February, and the lady on the call told police that she was watching a live stream with an alleged 200 people in attendance.

Responding quickly, the police gathered a large group of officers that rushed to the nightspot in Friedrichshain, where they got suspicious after hearing the muffled sound of loud music coming from inside the Magdalena Club.

Police who surrounded the building looked through the windows, but that apparently didn’t reveal much.

After ringing the doorbell at the front of the venue, someone came to open the doors and let the officers come inside to view the alleged ‘party’. Embarrassing the officers, it was an internet live stream, but it had no guests present apart from the people running the stream or playing a DJ set.

The audience consisted of online viewers only, and the only attendees were people watching the stream from their home via Facebook. The viewer symbol in the top left-hand corner of the online is what the caller had mistaken for real-life attendees inside the building.

After this realisation, the police left the club, and with no crime being committed, they allowed the virtual party to continue. 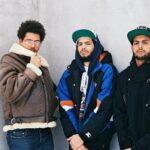 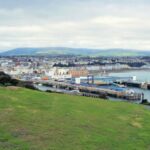