Mha Iri is a techno artist with Scottish heritage and roots in the Australian club scene.

Living in Melbourne for many years, she first made a name for herself playing DJ sets at some of Australia’s top clubs and festivals, and has built an international following with the help of her top-selling releases on influential record labels.

One of those record labels is UMEK’s 1605, which in recent times has become the main outlet for Mha’s music including her latest release titled “A Million Lightyears”.

A Million Lightyears is Mha Iri’s fourth 1605 release in 2021, including the track she made in collaboration with UMEK that spent many weeks inside Beatport’s top 10 techno chart.

This two-track EP is her third solo EP for 1605 and it features tracks in her trademark style that blends pounding percussion and explosive energy with euphoric synth lines and dark atmosphere.

The EP’s title track opens the release with a mesmerising vocal that talks of a cosmic journey, travelling from far away. Augmented with a pitch bending lead synth and a fluttering arpeggio line, the full-throttle groove is enough to take full control of a dance floor.

It must be said that the lead track on this release is probably the most distinctive of the two, but this doesn’t detract from the rapturous intensity of the second track “Botanic Sunset”. Botanic Sunset also has all the ingredients to captivate a techno crowd, and its ominous vocals are a perfect contrast with the uplifting synth line.

Out now, you can pick up a copy of the release from HERE 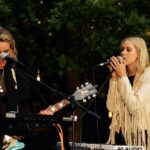 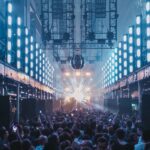