Beat & Path is a label run in collaboration between Australia’s Uone and New Zealand’s Out of Sorts.

The imprint’s new release is a 5-track mini-album titled “A Figure Of Speech”.

“A Figure Of Speech” has been produced by label owners Out of Sorts who have previously worked with other noteworthy labels ranging from Traum to Balance Music.

The duo that make up Out of Sorts is marking the 25th anniversary of their collaboration as studio partners and DJs with this release, and they produced the tracks during lockdown.

Talking about this release, Out of Sorts said: “The album’s production process flowed so effortlessly. There were no restrictions or expectations put on it. Having this big space and no interruptions from external sources meant so much to our creative process.”

The brooding atmosphere and throbbing synths of the opening track, “So To Speak feat Beacon Bloom” set the scene for epic “La RuRu”, which has powerful synth lines and is full of cosmic energy. “Lynchpin” lifts the energy with its fast-flowing percussion and soaring synth lines, before the timeless progressive house influenced “Control Feat Lightly Now Darling” takes hold with its trippy vocals. “Lickity Split” closes out the release with its ominous atmosphere filled with suspense and dark textures.

Overall, a great release with some nice variation and continuity between the tracks which played in sequence have the flow of a storytelling album. 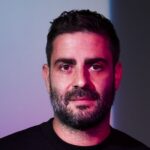 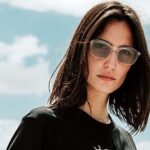