The latest release on Just Movement welcomes AudioStorm to the label for his debut single.

Hailing from Montenegro, Ognjen Vuković aka Audiostorm has been a fixture of the progressive house underground since 2012. His discography entails over 150 releases, highlighted by appearances on Hernan Cattaneo’s Sudbeat Music, Movement Recordings and Sound Avenue. Now making his much anticipated Just Movement debut AudioStorm presents his latest single entitled ‘ Cloudmaker’ alongside remixes from Ewan Rill and Stage Van H.

For AudioStorm 2017 began with an EP on Soundteller Records. The release proved once again that his sound is always evolving and ‘Cloudmaker’ certainly does that as well. From tough and techy beginnings the piece moves through enchanting and deeply musical moments with cross-cultural strums, wispy theatrics and a rhythmic core charged by effervescent acid. Soaring vocal pads and tribal drums add just the right accents along the way, while it’s live narrative excites both the mind and feet. Amazing for the club or the beach, another unique and inspired production from AudioStorm.

The first interpretation of ‘Cloudmaker’ is provided by Ewan Rill who is making his third appearance on the label. The Russian artist last appeared on the Greek imprint in March of last year with his ‘Method’ EP. Long noted as one of the most creative remixers around Ewan showcases that here with a stunning interpretation of ‘Cloudmaker’. Always coming with the dance floor in mind, a reworked groove brings great hooks as mystical vocal samples and buzzing synths fill out the framework. A second act of effervescent atmospheres lifts the mood higher before fading off into a trail of white noise as the groove drops for a big moment. Amazing remix from Ewan.

The release concludes with Stage van H returning to the label for his 22nd appearance. The Dutch artist sits at the core of the imprints roster and his sound continues to shape it’s future. Warm, groovy and smooth are traits often applied to Stage’s music and they are certainly prevalent on his ‘Cloudmaker’ interpretation. Cleverly coined ‘Foggy’ Mix, the eight minute journey is a delight for both the listener and club goer. A funky groove sits as the anchor while key elements from the original get reshaped for a bevy of soulful moments along the way. Full of emotion yet tastefully understated, another great remix from Stage which rounds out one of Just Movement’s best offerings yet this year. Don’t miss it. 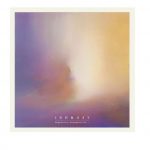 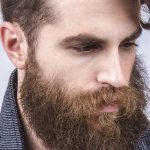