The Dutch artist has a long history in the progressive house underground with releases on Hernan Cattaneo’s Sudbeat Music and also long standing German imprint Traum. Alessandro’s debut album ‘Figments Of My Imagination’ is expected to be a stunning collection and this two track prequel entitled ‘Grace’s Secret’ whets the appetite nicely. Looking back at Alessandro’s career there have been prolific periods and stretches of silence as well. What’s never wavered is his creativity and unique approach to his craft. Even going back to his early productions on Eelke Kleijn’s now defunct Outside The Box imprint there’s an originality and distinctness about his work that you don’t hear with great regularity. That makes his upcoming album all the more anticipated.

‘Grace’s Secret’ sits as the first track to be showcased from it and what a smooth, melodious ride it is. Wondrous bass modulation, organic percussion and poignant stabs all wrapped up in a techno state of mind make for an amazing eight minute journey. Meanwhile, ‘Skies Are Crying’ comes in deeper, moodier and a touch melancholic as well. Once again anchored by a techno core the piece emanates a unique emotion as the narrative shifts into brighter territory. Hopeful and reflective come to mind, sitting as a extraordinary complement to ‘Grace’s Secret’.

Making his Manual Music debut and providing the lone interpretation of ‘Grace’s Secret’ is THe WHite SHadow. Many electronic music fans discovered the French artist with his ‘The Sky’ EP on Tenampa Recordings in 2014 and he has since gone on to release with Crossfrontier Audio, Stil Vor Talent, Suara and his recently launched Nagual Research imprint. Known for his distinctive sound he provides an excellent interpretation of Grace’s Secret’. The distinguished lead elements are well maintained but a crunchier design profile and more techno inspired approach takes the piece into entirely different territory. Emerging during a tension filled break, a killer arp fills out the framework, playing off those main hooks perfectly.

Closing the release out and also making his Manual Music debut is Emiel van den Dungen who provides a delightfully, quirky interpretation of ‘Skies Are Crying’. The Dutch artist has a short but well kept discography, highlighted by releases on Tach & Nacht and Ploetzlich Musik. From its acid tinged groove, shimmering break and ethereal vocal loops it’s a mesmerizing journey which rounds out the release on a high note.

Two exceptionally strong originals along with two carefully selected remixes make for a faultless prelude to Alessandro’s ‘Figments Of My Imagination’ LP, which looks set to be one of the spring season’s most anticipated releases. 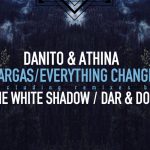 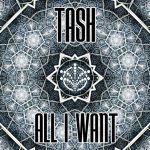