Twitch is a well-known streaming platform used by people around the globe. Recently, Twitch came under fire from LGBT online communities for a controversial decision to change how it spells “Women”.

In an attempt to be gender neutral, the website planned to use the term “womxn”. This caused a backlash from people who said the change is transphobic, because it suggested trans women are not women.

In a tweet Twitch said: “We’re committed to growing from these experiences… and ensuring we’re inclusive to all.”

Apparently, “womxn” has become quite a popular word that can sometimes be used as an alternative for some people who say the term “women” has patriarchal roots that they don’t identify with.

Some also interpret Womxn as an inclusive term for trans women and some non-binary people. However, as the backlash from online communities show, that interpretation is contested, and is a point of controversy.

Twitch originally made the decision to change the spelling as part of a celebration to mark Women’s History Month, but has now reversed its decision after an outcry from people who were offended by the change.

Suggestions were made that the company was making an explicit distinction between women and trans women. One outraged Twitter user wrote in response: “With womxn you’re just separating them more, you’re not being inclusive, you’re excluding them from women.”

Twitch apologised, and tweeted a statement that said, “we want to assure you that we have, and will continue to, work with the LGBTQIA+ community. We’re still learning.”

“Our good intentions don’t always equate to positive impact, but we’re committed to growing from these experiences, doing better, and ensuring we’re inclusive to all.”

Trans and NB women are WOMEN, not womxn.

With womxn you’re just separating them more, you’re not being inclusive, you’re excluding them from women. 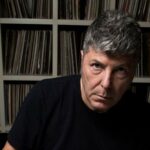 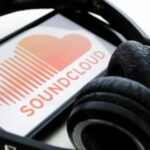