Today, it’s tragically been announced that legendary Italian DJ and producer Claudio Coccoluto has passed away after battling with illness.

It’s been revealed that he has been battling with a disease for years and last night passed away at home.

Claudio Coccoluto had been a DJ since the age of 13 and started his career in the late ’70s when he played sets on a pirate radio station before getting his first club sets in the mid ’80s.

After gaining national fame in Italy, he eventually broke onto the world scene, and was the first European DJ to perform at New York’s Sound Factory Bar.

He featured on the front cover of magazines in multiple European countries and in 1997, founded his label The Dub Records, which is best known for its upbeat tribal house sound.

Goa Club in Rome was the place he played most regularly, and some of his hit tracks include the collaborative project he did with Sabino Martinez called The Heartists, which released ’90s classics such as “Belo Horizonti”. 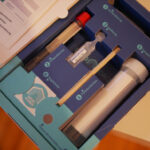 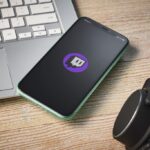