The Night Time Industries Association (NTIA) have done a survey to see how the UK governments extension of lockdown restrictions will affect clubs and other businesses from the country’s nightlife sector.

As expected, the survey has revealed a worrying situation for many clubs, music venues and festivals that had made plans focused around the expected reopening date of June 21.

After some initial speculation, yesterday it was confirmed that the UK’s reopening of nightlife industries would be extended by four weeks, which means the new reopening date for the sector is now the 19th of July.

Nightlife will be the final sector to reopen in the UK, which according to NTIA meant that on June 21, this industry will have been at a standstill for 449 days. Many are now concerned that the reopening false start could be the nail in the coffin for many UK businesses that were already on the brink of bankruptcy, and had invested the last of their money into preparing to reopen.

NTIA did a flash survey with 300 night-time economy business owners, and the survey found that 54% of businesses have spent over £15,000 in preparation for reopening on June 21, and 58% expect to lose out on over £10,000 revenue a week until the 19th of July.

Michael Kill is the CEO of NTIA and he is worried the four-week extension will “switch the light off” for the industry. He added: “This is a hugely devastating blow for the very industries that have been hardest hit by this pandemic. Many businesses have not survived this pandemic and others are on a financial cliff-edge, unable to operate viably.

“Hundreds of thousands of jobs have already been lost, a huge pool of creative talent has been swept away, and we have been left to suffer extreme financial hardship.”

Following the delay of reopening, NTIA is urging the UK’s government for extension grants for businesses, tax reliefs, and insurance cover for events and festivals. Saying: “The Government must understand the human impact of this decision, not only considering the public health challenges of the virus but also the people within our sector who are suffering terribly and the real health risks that this represents, given the overwhelming confidence in the vaccination rollout, and the ability for the sector to deliver Covid safe environments.” 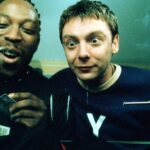 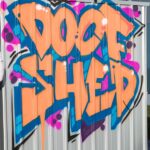