Released by The Home Office, the video’s soundtrack is heavy drum ‘n’ bass

It’s understandable during the times of COVID-19 that governments are detouring people from attending illegal raves that break lockdown regulations.

Although we fully support the message that right now it’s not safe to rave in most parts of the world, unless you live somewhere like the Isle of Man that’s low rates of the virus have made it safe to go partying.

Illegal raves like the recent one in Birmingham have been happening all over the country, and organisers who have been caught have been hit with a fine of up to £10,000. People caught at gatherings of more than 15 people can also be fined up to £800.

With the above said, the UK government has released a new anti-rave video, but does its drum and bass track actually fit the message?

In many ways, the above question about the choice of music is a rhetorical one, and everyone can make up their own opinions, but we do urge people to watch the video, as the message itself is an important one.

All gatherings are currently against the law. 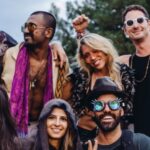 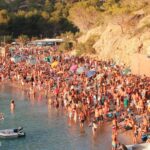