Paul Kalkbrenner is one of Germany’s most iconic techno artists.

In addition to selling out multiple shows across Europe, releasing highly successful single ‘Si Soy Fuego’, and recently headlining ÎleSoniq Redux in Montreal and CRSSD Festival in San Diego, German techno legend Paul Kalkbrenner released his own app on October 1st. The app is designed to provide an exclusive fan experience and will be free for the first 100,000 users, or “founding members,” to download.

Accompanying the free download, founding members will also receive a 10% discount on all tour PK merchandise at the concerts. Concert streams of the upcoming live tour will be available for free on the app a week after the specific tour date, meaning not only can fans who weren’t able to attend shows enjoy Paul’s captivating live sets, but fans who were present at the concert can rewatch. The app will also provide access to presale concert tickets and much more exclusive content, including limited edition merch and guest list lotteries.

Coinciding with the app launch, Paul Kalkbrenner will be heading to Paris for his first Episode One European tour dates, three sold-out shows at L’Olympia. The European tour will see Kalkbrenner re-imagine his famed live concert, unveiling a brand new physical set more akin to a broadway stage than a concert, that’s been developed over the past 18 months. The dates will also feature a ‘2021 Club Edit’ of Berlin Calling, the iconic 2008 movie set in Berlin’s club scene in which Paul starred as the lead character Ickarus, and for which he wrote the Platinum-selling soundtrack. The screenings will include never before seen footage and Stoehr’s remixed vision for the film, as well as a special pre-concert appearance from Paul himself. 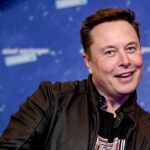 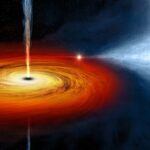