Pirate Studio’s in London has enlisted the help of over 200 DJs to try and break for world record for the longest ever B2B DJ set.

The world record attempt will take place on the 25th of September at Pirate Tottenham, and will also be a fund raiser for charity KeyChanges.

Key Changes is an organisation that focuses on music mental health and by helping provide music engagement and recovery services in hospitals and local communities. Some of their services include workshops on song writing, production, composition, along with live music events.

Some of the mental health conditions that Key Changes tries to help with include depression, anxiety, PTSD and psychosis among others.

Donations are already being collected for the charity, and Pirate Studios aim to raise £5,000 from the event.

Pirate is a studio space company that have a global network of locations based in different parts of the world. They offer a range of rehearsal, recording, DJ, and dance studios which are usually available to hire 24 hours a day. During the world record attempt, their Tottehnam location with be open for free use throughout the day.

If you’re a DJ and want to play at the fundraiser, then you can apply to sign up HERE 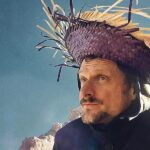 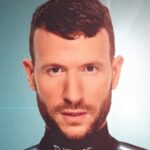