Anjunadeep welcomes DJ Koze for his Anjunadeep debut with his remix of Lakou Mizik & Joseph Ray’s ’Sanba Yo Pran Pale’.

One of electronic music’s most beloved artists, DJ Koze runs the acclaimed Pampa Records, where he puts out his own music alongside material from the likes of Mano Le Tough, Axel Boman and Robag Wruhme. His 2018 album ‘Knock Knock’, released on Pampa, was named as Pitchfork’s 3rd best album of the year, whilst his single ‘Pick Up’ was named track of the year by both Resident Advisor and Mixmag. Known for his inventive production style, he has remixed Gorillaz, Mount Kimbie, Moderat and Lapsley, and collaborated with Róisín Murphy, Bon Iver, José González, Caribou and Matthew Dear.

’Sanba Yo Pran Pale’ is Kosi’s first remix in two years and is typically eclectic. Reimagining the traditional Vodou song as a summer dance anthem, warping and stretching the original vocals from Lakou Mizik’s Sanba Zao onto a bed of catchy rhythmic synths and warm enveloping bass. Ten minutes long, the original mix has a nostalgic analogue warmth that feels perfect for an Indian summer’s day. To celebrate the release, Anjunadeep is pressing a limited run of white label vinyl, which are available for pre-order now.

’Sanba Yo Pran Pale’ is the first track off Lakou Mizik & Joseph Ray’s album ‘Leave the Bones’, and is a traditional Haitian song steeped in Vodou tradition: “The Sanbas are the poets and keepers of Haitian history and culture. They pass on their wisdom through song and story. ‘Sanba Yo Pran Pale’ is an invitation to the Sanbas to speak their truth whilst paying respect to the Vodou ‘Lwa’ or spirits.”

Referred to by NPR as a “mesmerizing, haunting and uplifting journey into the heart of Haitian culture”, ‘Leave the Bones’ has accrued 1M streams on Spotify and Apple Music and has garnered a wealth of global support from the tastemakers such as BBC Radio 1, 6 Music, The Times, Billboard, Crack Magazine, Mixmag, Songlines, The New York Times, and Gilles Peterson’s Worldwide FM. It is out now, available digitally and as a 2 x 12” LP. 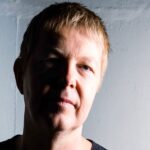 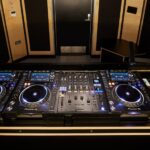