The umbrella company behind the Ultra Music Festival in Miami is being sued.

Local publication the Miami Herald reported the eight-count class-action suit which has been filed by Corwin Law in Boca Raton. They are seeking damages in excess of $15,000 for a number of clients who bought tickets for the festival that was postponed in 2020.

The lawsuit has been filed because instead of offering any kind of cash refund, its alleged that Ultra only promised ticket holders an enhanced benefits package for the 2021 festival.

Marcus Corwin is an attorney who filed the suit on behalf of Gabrielle Petroka and other Florida residents who purchased tickets to the 2020 Ultra Music Festival.

In an interview with the Miami Herald, Marcus Corwin said “It is totally unconscionable for the promoters to withhold refunds for two plus years, and for the City of Miami to allow it, with no guarantees that this event will be able to take place in 2022 or 2023.”

In May of 2020, other Florida residents Samuel Hernandez and Richard Montoure also issued a lawsuit against Ultra. Ultra Music Festival apparently refused them refunds, and said they would only offer a compensation ticket for either the 2021 or 2022 editions of the festival. Samuel Hernandez reportedly spent $3,000, and Richard Montoure spent $1,032.02 on their tickets.

At the time of filing the lawsuit, it was reported that Ultra’s ticket policy specifies that refunds can be given at the festival’s discretion, maintaining that it is up to its “sole and absolute discretion to either issue full or partial refunds to the purchaser, not issue any refunds, or reschedule the Event.” 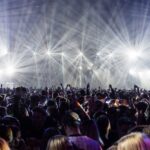