T-shirts and sweaters are now on sale in memory of Andrew Weatherall who died in 2020.

50% of the profits from the sales will be donated to charities and food banks that Weatherall supported throughout his life and career, including Amnesty International, Multiple Sclerosis Society, Thrombosis UK, Crisis and The Trussel Trust. The remaining 50% will be donated to Weatherall’s partner, Lizzie.

Andrew Weatherall became a prominent DJ in the late ’80s acid house scene, and was a regular at Danny Rampling’s club night, Shoom. He also became a popular producer and remixer, who worked with influential artists such as Paul Oakenfold, Björk, New Order, The Orb, The Future Sound of London and even bands like My Bloody Valentine.

Andrew Weatherall and Terry Farley’s production work on Primal Scream’s ‘Screamadelica’ made the album become a huge and commercial success, and it won a Mercury Music Prize in 1992.

His popularity never dwindled, and even on the year of his death, he was booked to play many festivals and headline numerous club events.

The fundraising items of clothing and merchandise have been arranged by Keith Tenniswood aka Radioactive Man, who was Andrew Weatherall’s friend and production partner.

You can buy the merch from HERE. 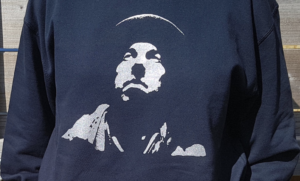 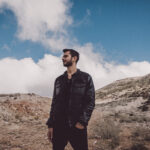 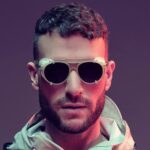