NTO is a French artist known for his melodic style with cinematic atmosphere and emotive melodies.

Well-known on the international scene, he has travelled the world as a talented live performer who has headlined clubs and festivals everywhere from London to Chicago.

Known for being able to enrapture the dance floor with his awe-inspiring techno-influenced tracks, NTO has also released music on labels such as Einmusika to Cercle Records.

Hi NTO, it’s great to be talking with you today. What part of the world are you currently living in, and is the local nightlife still in lockdown?

Thanks a lot for interviewing me! I’m currently in my hometown, Marseille! Life and nightlife are slowly but surely picking up 🙂 Let’s hope it’ll last!

How did you first discover electronic music, and can you remember a specific point when you decided to become a music producer/DJ?

The first time I discovered electro was with the live album of Underworld, Everything Everything… it really shook me up! Then I listened to every Underworld record and opened myself to all electro style while starting to go out in clubs and festivals in the south of France. When I discovered the German minimal, techno and all the producers who made it, that was clear for me, I wanted to create my own tracks 🙂 At that time, I was about 19 / 20 years old.

I’m told you are also a big fan of video games, so I wanted to ask what kind of games you like playing and if they influenced your music in any way?

I like to play a lot of different kinds of stuff but for a while now I’ve been playing games developed by small indie studios… what I like, is the real creative freedom of these studios, and the desire they have to continuously innovate. It’s often very simple graphically, but very aesthetic (beautifully designed in pixel arts sometimes) and really focused on the experience plus the gameplay. It’s very refreshing, and there are some insane games. To name a few of them: Super Meat Boy, Child of Light, Ori and the Blind Forest, Shovel Knight, Limbo, Don’t Starve… they remind me a bit of the very first games on NES, back then everything was very simple but efficient, and it was very hard to complete a game, as there were no saves (only « continue ») :). It was a true challenge, and therefore a real pleasure to play! I love the 8-bit sounds of old games… the music of Mario, Tetris, Zelda and Secret of Mana are some examples that really influenced me musically when I was young. But of course, sometimes I also love to play some « big production » games like God of War, Farcry, Assassin’s Creed etc…

What’s your favourite game of all time, and what game are you playing most at the moment?

I would say Secret of Mana without hesitation, which was an RPG on Super Nintendo. Moreover, the soundtrack is for me a real masterpiece. I still listen to it regularly, and it’s really beautiful…

And the game I’ve played the most in the last 5 years is “The Binding of Isaac”. A completely crazy rogue-like game that offers a brand-new experience. I’ve probably spent something like of thousand hours on it, it’s crazy 😆. By the way, one of the tracks of my album is a wink to this game: “Isaac “, produced with Louise.

Have you ever been asked to make music for a game, and which one do you think your music would fit best?

I produced some music for small video games a long time ago. And to be honest, I would love to work with a video game or e-sport studio if I get the opportunity. I could see myself working on the music of a big adventure game for example 🙂 Or even with an indie studio, and make an 8-bit OST. I would like to feel the atmosphere of the game, and adapt my music and my « production skills » to make the best OST that fit the game!

Talking of your music, I understand you have been working on a new album. Could you talk us through the concept and main inspirations?

Most of the time I feel immersed when I compose tracks, and I kind of go into my own world of imagination. I have often been told that the sounds evoke something ‘underwater’ or ‘aquatic’. I wanted to give hints of this underwater universe in the album (not necessarily on all the tracks), but of course, in an abstract way (not explicit at all). The philosophical idea behind the album, is also that we go through life “holding our breath”, like a mental/psychological apnea. In a way, music is a way to fill an empty space, and give meaning to something absurd. This album was an opportunity for me to get out of my comfort zone and try some collaboration, which is something I had a lot of fun doing.

For the album, you have collaborated on tracks with Monolink and Tricky, what made you decide to work with those guys, and how did they influence the overall project?

This album clearly gave me the opportunity to open up to collaborations, as I’m used to working solo. I wanted to work on a track with a strong central vocal. I’ve always appreciated Monolink’s style, where he adds his own vocals to give tracks a unique organic touch. So, I immediately felt like I wanted to work with him and create a track centred around his voice. It turned out we were already listening to each other’s music. So, we naturally started to talk, and I already had a track that could fit him, and lucking he felt inspired the moment he heard it. He absorbed the general atmosphere of my album to write the lyrics and then added in his own sensitivity. Every step of the process was exciting, and everything went smoothly with Monolink, who really is a great artist. It was such a good experience working with him!

Then I wanted a track that would be right in the middle of the album, like an interlude, something really deep, almost trip-hop. I had been in love with the music of Massive Attack when I was younger. So, when I started exploring the options to find a voice, I started thinking about Tricky’s voice… I just sent him the beginning of my track, he liked it and agreed to collaborate. It really was a dream come true, absolutely huge! He then proposed to have Marta sing on the project, and it was a great opportunity, because her delicate, bright splendid voice adds just what it needed, by bringing light contrast to Tricky’s darker, rather hoarse voice. I just had a blast producing with this beautiful contrast, and navigating between those two audio colours.

On the subject of things that influenced the album, I understand you are also a big fan of movies. Are there any movies that helped spark your creative process?

I’m always indirectly influenced by the movies I watch, I guess. It’s mostly the atmospheres, the rhythms, the characters themselves or even sometimes the soundtracks’ elements that are inspiring!

The movies of the Coen brothers for example have always inspired me a lot. It’s very creative and full of great references.

Are there any recent movies that you can recommend or are excited to see, as I know lots of people missed going to the cinema during lockdown?

I just saw Denis Villeneuve’s new movie Dune. It’s a real success to me, and visually it’s incredible… I was absolutely gobsmacked at how good it was 🙂 Otherwise, less recently, I really enjoyed the series Watch Men, as the scenario is very original, and I was really into it!

Have you been booked to play in any clubs since some parts of the world have opened their nightlife?

I must admit that things have been getting back on track since early September. I played a lot in France, Switzerland, and Belgium, and soon I’m going back to London, Turkey, and India in the next few weeks. So yes, things are happening 🙂 It’s great and people are so excited about the live music experience.

Thanks for taking the time to chat, is there a message for fans or anything else you want to add before we finish?

I feel extremely lucky to have so many super warm messages from people who have been listening to my music for many years now. Some of them feel like they know me a little bit through it, and I feel the same way when I talk to them, and I love that 🙂 So, I would like to thank them from the bottom of my heart ✌️ 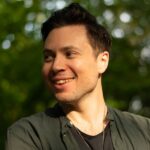 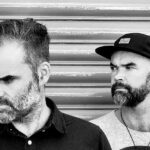