Canberra will be the first city in Australia to trial a drug testing service.

The service will run for six months on two nights a week and it’s assumed that will be Friday and Saturday, as weekend evenings are the most likely times people will be using recreational drugs.

This is a first of its kind trial in Australia that takes influence from other countries such as the UK and Netherlands, which have already proven that drug testing services save lives.

Prior to this official drugs testing program, there were some trial runs at events including the Canberra stop of the national Groovin The Moo festival. That testing service identified unknown toxic chemicals in the drugs tested, and finding that information helped prevent overdose deaths and illness.

Drug testing works on the concept that it’s near impossible to stop recreational drug use, so rather than try to stop it, it’s safer to help make sure that any unregulated substances are safe. Not only to prevent death or illness but also to save taxpayers money, as fewer people admitted to hospitals means less of a financial strain on health services due to treating drug-related incidents.

He hopes this testing service in Canberra will allow other parts of Australia to follow suit; “One of the things that is really interesting about this is it represents a jurisdiction accepting what is effectively universal advice and expertise and making policy out of it,”  adding “[Whether other states pick it up] depends on the political appetite of other jurisdictions to protect their citizenry in a similar way.

“The expertise has always said this is what we should be doing, but the real watershed is in the political courage to allow oneself to follow the advice and the evidence. It’s our political counterparts who deserve the credit.”

New South Wales Governor-General has also put forward the idea of moving towards fines instead of charges for possession of drugs in small amounts that are clearly intended for personal use. It’s still early days for that new legislation, and its approval could end up being linked to the success of the testing service in Canberra. 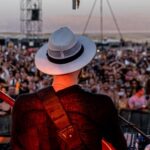 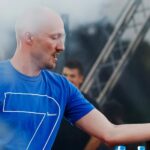