Sydney New Year’s Day festival ‘Field Day’ has announced it will be returning on January 1st 2022.

The festival took a break during the pandemic but has confirmed its plans to run in 2022, which has got anticipations building about the line-up, as the event is well known for bringing some of the world’s best electronic music talent to Australian soil.

Field Day first ran in 2002 with headliners Freestylers, Bob Sinclar and Krafty Kuts amongst its line-up, and since then it’s gone from strength to strength, each year getting bigger and better than the last.

Since its inception, headliners have included the likes of 2manyDJs, LCD Soundsystem, Justice, Erol Alkan and Crystal Castles. In recent years the event has seen sets from international superstars such as Mark Ronson, Disclosure and Flume.

“Fuzzy” is the event’s promoter and they also arrange tours from home-grown Australian talent, which at the moment includes RUFUS DU SOL who are being supported by British artist Jon Hopkins. So, there is much anticipation that Field Day could feature one or both of these artists. 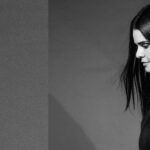