Mhi Iri lived in Australia for many years and is one of the countries best-known techno DJs.

The two-track release titled “Open Up” is another fast and furious offering from the talented producer. Her unique techno style blends euphoric elements with driving percussion to deliver a big room energy that could fill a stadium.

1605 has become a regular platform for Mha Iri’s tracks, and in 2021 she featured on five of the label’s releases, including three solo EPs, and a collaborative track made with label owner UMEK.

Some of her top-selling 1605 tracks from last year include “Your Heart” and the UMEK collaboration called “Watchers Of The Sky”.

Taking its name from the vocal sample, “Open Up” is the EP’s title track, and it opens the release with a rumbling bassline and stabbing melody synth that gradually build towards the main breakdown. The dramatic vocals and suspenseful synths of the breakdown builds towards a crescendo before lifting up a gear when the drums are reintroduced.

“Resistance” is the EP’s second track, and its defining element is the spellbinding vocals and ominous bassline that together rain hell upon the dance floor. Its ferocious groove and inspirational character make it an unstoppable force that will stand out in any DJ set.

You can pick up a copy of the release from HERE. 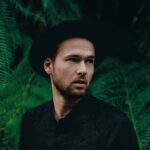 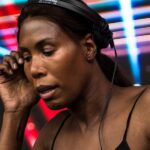