Ticket holders for the disastrous Fyre Festival are now expected to get $7,226 as part of a settlement from a class-action lawsuit.

Around five years ago, Fyre Festival was run only once, after its debut event was a failure of mammoth proportions. People who bought one of the tickets are now in for some compensation after a $2 million class-action lawsuit brought against its organiser Billy McFarland.

On Tuesday the 13th of April the outcome of the lawsuit was reached, and subject to approval and changes, it seems 277 ticket holders will each receive $7,226 (£5,226).

Fyre Festival probably will go down as one of history’s biggest festival failures. Party-goers paid thousands of dollars for their tickets, and many were left stranded on a private island in the Bahamas.

Social media influencers were encouraged to promote the event in return for free or discounted tickets, and the 2017 event attracted attendees from across the world.

After accommodation was not finished in time, guests were reportedly housed in “refugee” grade tents, and the basic food was far from the luxury meals advertised.

During and afterwards, the festival was trashed by the attendees’ negative comments and posts on social media sites such as Twitter and Instagram.

The flames of Fyre Festival were fanned further when Netflix released a documentary that captured the delusions of its organiser, and the full extent of how far removed its reality was from what the advertisements promised.

Billy McFarland is currently serving jail time at FCI Elkton in Lisbon, Ohio, for wire fraud related to the festival and its funding.

While Billy McFarland remains incarcerated, it was ordered by a Judge in July 2020 that co-founder, Ja Rule, and Fyre’s head of marketing Grant Margolin would not be made liable for any of the festival’s failings. 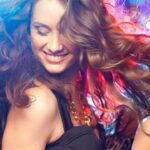 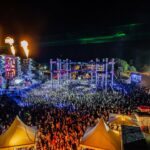