DYSART returns to Dense & Pika’s Kneaded Pains after making waves with his debut on the label earlier this year.

Dense & Pika have risen to the role of being considered techno royalty and with them clearly having taken DYSART under their wing, the EP’s appropriate title could be representative of them championing the sound of this exciting new talent.

“Champion Sound” is also the title of the opening track on the EP, and it’s looming bass synth and distorted vocals give it a stand out sound that refuses to be ignored.

The second and more thumping cut “Freak Like Me” is an all mighty track that has industrial undertones and a pitched percussion melody that adds to its driving force.

Each of the techno track’s is designed for maximum dance floor impact, and you can pick up a copy of the release from HERE 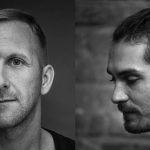 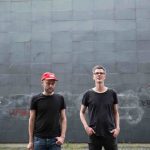