Dubfire is one of the world’s leading DJs and electronic music artists who is also known for his label SCI+TEC.

Next up on SCI+TEC is a label debut from Xander who is a New York based artist that started his career on Carlo Lio’s and Kareem Cali’s label On Edge Society. Dubfire played Xander’s debut release ‘Switch’ at Movement when he played alongside Nicole Moudaber and Paco Osuna.

The crowd loved Xander’s track so much that Dubfire asked him for some unsigned demos and signed two of the tracks for an EP on SCI+TEC.

In addition to his numerous releases for On Edge Society, Xander has also contributed tracks and remixes to other labels such as Inmotion Ltd and Teksupport Records.

Both of the tracks on this release are dark techno with mechanical rhythms and hypnotic grooves that morph and modulate with expert precision.

Second of the tracks “Rock It” is more stripped back with a spacious atmosphere and deep aesthetic cut by the namesake vocal sample that bursts forth with startling effect. 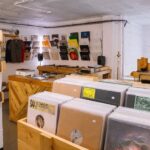 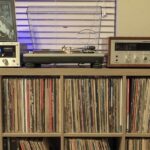