Apple is a tech brand known for its innovation, and they recently made a statement saying “music is about the change forever.”

The statement is taken from in a new teaser first uncovered by MacRumours.com. The cryptic message is displayed alongside a video of a spinning Apple Music logo. There is speculation from other brands such as DJ Mag, that this is “implying the new update will be centred around Apple’s Spatial Audio feature found in their AirPod Pros and AirPod Max headphones.”

For a while now, there have also been rumours circulating about an upgraded lossless audio streaming service for Apple Music subscribers. The Verge reported on this, saying: “According to code in the Android app, the lossless tier will support music streaming at 24-bit/48Hz (a small step up from regular CD-quality 16-bit/44.1kHz), while the hi-res lossless tier will stream at 24-bit/192 kHz”.

No official announcement has been made about when we will learn more direct from Apple, but it’s quite possible we could get more information later this week. 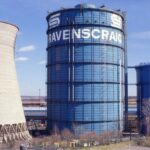 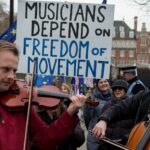