Ibiza has now been added to the UK’s green list of approved travel destinations.

Yesterday’s announcement also saw other places added to the green list include the Balearic Islands, Malta, Madeira and Barbados.

Grant Shapps is the UK’s transport secretary, and he has confirmed that from 4 AM on the 30th of June, anyone entering the UK from these green list destinations will not be required to quarantine.

On Twitter, Grant Shapps posted: “Thanks to our successful vaccination programme, our intention is that later in the summer. UK residents who are fully vaccinated will not have to isolate when travelling from amber list countries.”

Angela Merkel is German Chancellor, and she recently suggested all EU countries should make British travellers quarantine on arrival, as a precaution aimed at slowing the spread of the Delta variant that’s been linked to a rise in the UK’s infection rate. This would mean holidays to the EU could become a difficulty for British tourists.

Boris Johnson is the UK’s Prime Minister, and speaking about the change in travel rules, he said: “The most important thing is that we think double jabs do offer a good way forward, we think they offer the hope of travel this summer.

“More than 60% of our population have now had two jabs, I think 83% have had one jab, we’re really getting through it now. The crucial thing is, come forward and get your second jab.”

Currently, the UK reviews its travel list every three weeks, but right now, Ibiza holidays are something that can be booked by the country’s residents. 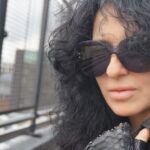 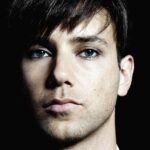