Nightclubs and music venues in Wales have been calling for clarity on reopening dates, as currently there is no date announced for reopening the country’s nightlife industries.

England is set to reopen nightlife on the 21st of June, Scotland also has a reopening roadmap that includes nightclubs.

Restrictions in Wales are set with a traffic light system, where the COVID-19 risk levels determine the reopening of venues. Currently, the infection rate in Wales is only 8.6 cases per 100,000 people across seven days, which is the lowest it’s been since August 2020.

So far, the traffic light system has not hit a point where the Welsh government has given the green light for nightclubs or music events. Now there is a large proportion of the country’s population vaccinated, and a low infection rate, business owners from the sector are calling for dates for when nightlife can reopen.

Industry bodies have made warnings saying many businesses could go bankrupt. In an interview with the BBC, one licensee said that nightclub owners and operators are running out of money, and becoming “desperate”.

The Night Time Industries Association in the UK has written an open letter asking the government for an “indicative date for when nightclubs, entertainment-led, and late-night venues will be able to open without restrictions.”

It then continues: “We would stress the importance for our sector knowing when they will be able to operate without or with minimal restrictions and take deliberate decisions about staffing, debt and investment now, as night-time economy businesses in England are currently doing.”

The Night Time Industries Association’s letter continued, and asked for the Welsh government to provide the industry with financial support, saying: “Welsh government support initiatives to date have been neither sufficient nor comprehensive enough to prevent many businesses in the sector falling into significant debt.”

Speaking on the matter, a spokesperson for the Welsh government said: “We understand the difficulties faced by all businesses, and particularly those involved in the night-time economy”.

Indoor hospitality in the UK is set to reopen on the 17th of May, pubs will be able to serve customers inside, and people can meet in groups of six inside a venue in England, but only groups of four in Wales. 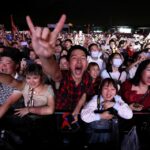 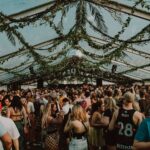