Underground house and techno label ON IT are heading to ADE with a party that’s set to make a real impact on Friday October 19th.

Manchester’s ON IT is a taste making contemporary label with its own fresh sound, and one that mixes up established international names with the hottest new talents in the scene. It has most recently put out essential EPs from label boss ONYVA, plus Wally Lopez and Jey Kurmis, with artists like Paolo Martini, Tony Varga and Mihalis Safras all remixing. They are fresh, innovative offerings that get dancers dancing and DJs reaching for them when they need to make in impact in the club. The near future brings more inventive releases from Electric Tango (in the form of their Games EP with remixes from ONYVA and Lee Walker at the end of August) Franky Wah, who has also been remixed by the legendary Harry Romero, and Lee Walker.

The venue for this mouthwatering showcase is a large, warehouse-style building with exposed steelwork and an illicit, old school feel. It that provides a blank canvas for the ON IT team to transform it into an immersive party space with the best visual FX that ADE has ever seen, and with the world-class soundtrack, it is sure to transport you into a different world for one night only. The complete ON IT experience will be brought to you by some of the label’s key artists and associates.

First up comes Chicago legend Green Velvet, the man behind plenty of raw house tracks and boss at his own Cajual Records, plus Frechno icon Technasia, whose powerful sound has graced labels like Toolroom Records, Cadenza and Suara. He plays a special back to back set with Dennis Cruz, a real underground tune making machine who defines the tech house scene with his fresh cuts.

Then there is ON IT boss man, ONYVA, who hails from Manchester and grew up on legendary acts like 808 State and clubs like The Hacienda. His tracks are designed to blow up the dance floor and have become no strangers to the Beatport Top 100, picking up plays by kingpins such as Joris Voorn and Skream.

Next is Umek, the Slovenian techno titan who has been rolling out huge tunes for decades and needs no further introduction such is his reputation. Next, Julian Jeweil and Dosem are two vital minimal techno tastemakers with credits on huge labels like Minus, OC & Verde are a pair who have had plenty of support from tastemakers like Pete Tong who announced them as ‘New Names for 2018.’ They have released on Bedrock and Knee Deep In Sound and often climb into the Beatport Top 10.

Also lining-up is the mighty Wally Lopez, a Spanish legend who runs the Factoria Records label and former Space Ibiza resident with plenty of hits in his back catalogue, a world-wide radio show and a high energy sound in the DJ booth that always makes the party go off. Material boss Mihalis Safras is the number one tech house artist in the world and is one of the most charted artists ever on influential site Resident Advisor. His infectious sounds come on huge labels, and also playing will be Trouvè Grooves events bosses, Bolton and Birmingham pair and Elrow Music and Material associates Hott Like Detroit, whose tracks have had key support from names like MistaJam and Amine Edge & Dance.

Rotterdam producer Analog Kitchen then brings a raw mix of synths, drum machines and laptops to the party with his impromptu, unpredictable, unusual sound, while Yorkshire’s Franky Wah and Morecambe producer Matt This are both On IT artists who add their own unique house and tech styles to the party and Yvan Genkins, Rulex and DJ Danjer round things out.

This is set to be an enthralling showcase of the most contemporary and forward thinking house and tech anywhere during the whole ADE conference, and will really announce ON IT Recordings on the world stage, right where it belongs. 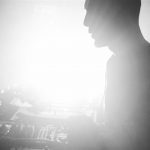 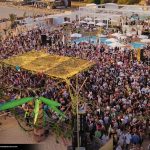