MSDMNR is the techno alias of Berlin-based Miro Pajic whose known for classic releases on labels such as Harthouse.

From a city known for its nightlife as well as an abundance of techno DJs and producers, a veteran artist is simmering his way to the top of an extensive pile with yet another killer release, but this time his debut album titled Systematic on his self-titled imprint.

Due out early September, Miro Pajic aka MSDMNR has delivered a vast selection of tracks, twelve to be exact, that are simply top-level works from an obviously seasoned professional with extraordinary skills. His music has been released on the likes of Ricardo Garduno’s Illegal Alien imprint, and Portugal’s highly rated collective called HAYES ran by Temudo, Nørbak and VIL, including a recent VA outing on the quality UK label DEAD CERT. Records alongside Robert Hoff of Hans Bouffmyhre’s Sleaze and Pyramidal Decode of Jeff Mills’ Axis.

The album has received the seal of approval from influential artists such as DVS1, Marcel Fengler, Ben Sims, Rødhåd, Pfirter, Jonas Kopp and many more. Fans of producers like Luke Slater’s Planetary Assault Systems, Surgeon and Regis will feel right at home with these exemplary creations, where something like “Black Hole Drift” is a cut of pristine, sci-fi sorcery or “Reign Two” surprises with an abstract, jacking, detuned hook.

This crafty collection is nothing short of transcendent, delivering enough punch, funk and ingenuity that this album will be revered and revisited time and time again for some time, while also providing a varied compilation of nailed on DJ tools to those who wish to rip up the dance floor with utter analogue filth in its purist form. 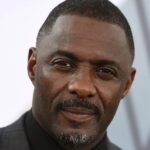 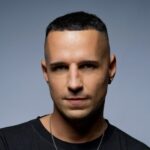