Creatives in Northern Ireland are coming together under the banner of the ‘Free The Night’ campaign in order to improve the country’s nighttime economy.

Sunil Sharp is a techno DJ from Dublin who founded the adjacent Give Us The Night organisation, and Belfast-based DJ Holly Lester are some of the volunteers leading the group, which aims to improve nightlife in Northern Ireland.

In addition to extending the opening hours of clubs, bars and other music venues they also want to make the country’s scene more safe, progressive and culturally diverse.

Free The Night was founded in response to the amendments made to the Licensing and Registration of Clubs (Amendment), which was received by the country’s nighttime industry with widespread disappointment. Many from the sector felt the amendments remained overly restrictive.

Pubs and bars in Northern Ireland can now sell alcohol until 2 AM, but nightclubs are forced to finish at 3 AM, and those extended hours are only permitted for 104 nights per year.

Those restrictions make the country’s opening times the most restrictive in both the UK and Europe. Combined with the added restrictions and lockdown that venues faced during the COVID-19 pandemic, there are increased fears that many Northern Irish clubs will be forced into bankruptcy.

Free The Night is aiming to push back on these amendments with the hope of extending licensed opening hours. Their manifesto also includes fighting unfair restrictions, creating safer nightlife environments, and improve infrastructure.

The organisers say that “restricted opening hours, less access to creative spaces, less creative freedom and a lack of creative infrastructure leading to restricted opportunities can all take their toll on the artist or industry professional’s career and wellbeing, leading to a large number of talent exports and increasing levels of creative drain in Northern Ireland.”

In an interview with Mixmag, Bicep spoke about Northern Ireland’s licensing laws, saying: “Having lived in London for 10 years, we’ve had a chance to experience 24 hour nightlife which we feel has been a massive improvement on what we experienced growing up in NI. It personally seems crazy to eject the entire city at the same time causing mass bottlenecking of everything from taxis to emergency services.”

Holly Lester also shared here opinion about the necessity of this campaign, saying: “We want to highlight the cultural value of these sectors and provide a better infrastructure long-term for those who work in the night time economy. We are tired of worrying about the career impacts that come with choosing to live in Northern Ireland and of losing our friends and colleagues to other more progressive cities. It’s time for some change.”

You can find out more about Free The Night and read their mandate HERE. 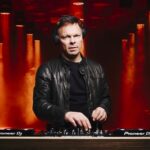 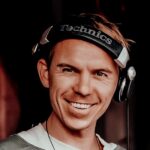