She joined the station in 2004 and is best known for hosting the station’s flagship Friday night dance show, but has also hosted numerous other shows.

Alongside the likes of Pete Tong, she has become one of the station’s best-known DJs, and has gained worldwide status as a headline artist at many festivals and other events.

Referring to her decision to leave Radio 1, Annie Mac said: “It’s all about time really. I need more time to see my kids in the evening now they are both in school. I would like more time to write fiction and to create podcasts. I also love the idea of leaving the party (and make no mistake working at Radio 1 does feel like a party) with a huge smile on my face, when I’m still having the most fun I can have. I will be coming back to radio broadcasting when the time is right.”

Her weeknight radio show will be taken over by Clara Amfo, and Danny Howard will do her Friday night dance music show.

Annie Mac is one of the artists confirmed to be playing the Parklife festival this summer, so although she is retiring from Radio 1, it appears she will continue to DJ at events. 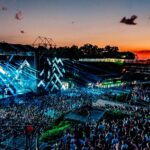 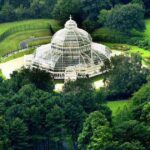