Marc DePulse is a talented German artist known for his melodic house/techno style. He regularly plays headline DJ sets at festivals and events across Europe and other parts of the world, and is known for having a charismatic DJ style that enraptures the dancefloor.

Also a talented producer, he has released tracks on influential record labels such as Parquet Recordings, Sincopat and Einmusika Recordings. He also runs his own record label JEAHMON! Records, and recently dropped a new album on KATERMUKKE.

We are honoured to have this exclusive mix from him, and he also took the time to answer a few interview questions…

Hi Marc, it’s great to be chatting with you today, what part of the world are you currently based in, and what’s the local club scene like at this time of year?

I’m based in Leipzig, Germany. It’s the city I was born in and I’ve been living here for over 40 years now. I’m not really connected to the local club scene anymore, as I’m on the road almost every weekend, but I’m happy the country’s club scene is finally getting back to normal. Hope things won’t change again, and we don’t get the deja-vu feeling we had in 2020 and 2021. Summer is coming here in Europe, and there are so many great festivals… I can’t wait to play in the open air, as that’s always very special for me!

Studio mixes are always completely different from what I do in a club. For this mix, I was preparing a tracklist during the last few weeks, and regularly putting in more tracks I wanted to include. It’s not just a mix for the peak time, as it’s also got deeper music for the heart and soul. Studio mixes are always telling a deeper story, and the best mixes are done while having a glass of good wine or two!

I understand that you have a forthcoming album on Katermukke, did you play any of those tracks in the mix, and if so, what are the time stamps for people to check them out?

Yes, it includes over 50% of my album, as I wanted the mix to also capture the vibe of my recent productions.

Talking more about your album, how long have you been working on the tracks, and is there a concept that ties it together?

‘Together Alone’ is a collaboration project that features 13 tracks made with 12 different artists. I did both the intro and outro with the same artist Uwe Thoma, which is why there are 13 tracks but only 12 collaborative artists. It’s a retrospective of the 2-year pandemic where we were home alone but still connected to others in a digital way. This project was done in about 6 months, and all the collaboration was done ‘online’ by exchanging stems, parts, and ideas. The final mix was done in my studio, and that became the golden thread that ties the concept together.

Was it always the plan to release the album on Katermukke, as you also run your own label JEAHMON! Records?

I’m connected with Katermukke in a very special way, and I’ve built a close relationship with them over many years. From the very first day of starting work on the music, I felt this is the right label to release this album. For JEAHMON! I do have a lot of other things in mind, but at the moment I don’t yet feel it’s the right time to release an album on my own record label. Although, I’m pretty sure my imprint can become the home of my next album!

Can you tell me some of the new releases scheduled for JEAHMON! Records, and are there any exclusives from the label in your Flow Sessions mix?

A lot of JEAHMON! music is inside this mix. The latest release is by Surfface, also the new one from Dirk Sid Eno and another forthcoming one by Berlin-based artist My Secret Playground, who delivered an absolute bomb EP. There are a lot of talents and also established artists coming soon, and I’m happy to see the family growing this fast. It’s a lot of time and energy that I’ve invested in the past years. Now things finally start paying off, and I’m excited for things to continue this way.

Oh, that’s a good question! Since the mix is full of different moods, you can dance to it in a club or have a cool drink in a bar. You could also enjoy the vibes and emotions on the beach or simply listen to it at home, while doing sports or simply having your closest people around you. I listened to the full mix last week on my flight from Cyprus to Germany (3:30h) so that’s also a good choice to listen to it over the clouds, facing the sun!

Who are some of the other DJs that inspire you, and are there any specific mixes you could recommend?

I don’t often have time to enjoy other Dj’s sets, as while touring, I’m often in and out of the club just before or after my set. My off time has become very important, because I’m also a family man and a dad, so I like to make sure I get lots of sleep to make the most of my off time between gigs. Things have changed a lot for me, and I also stopped listening to most of the incoming promos, simply due to an overload of things that can become a distraction from family life. My time for music had been reduced to a minimum, especially when our daughter was at home when the kindergarten was closed during the lockdown. Being a Dad takes up a lot of my time when my daughter is home, so I had to streamline a lot of things in my daily life, and I only had time to focus on my own main projects.

But yes, of course, I have some favourite artists I follow and respect, such as Aera, Argia, Perel and every single artist on my imprint, and the people have worked with for latest my album. Just to name a few very talented artists: Jepe, HIGHLITE, Dirk Sid Eno, SNYL, Thirsty Eyes, Eleonora, Carsten Halm, …

Could you list two melodic house/techno tracks by other artists that you feel are timeless, as we would love to add them to our Flow Sessions playlist on Spotify?

Thanks for taking the time to talk with me today, is there a message for fans or anything else you would like to add before we finish?

Thanks for the invitation to do this mix, I really enjoyed it!

„We are all in this together“ is a leading message of my album. You can take this into so many parts of your life, but that’s a true saying. So let’s always make the best out of it, doesn’t matter where we are at the moment or at which point of our right now. Stay safe, and stay infected with the music!

You can pick up a copy of Marc DePulse’s new album on KATERMUKKE from HERE. 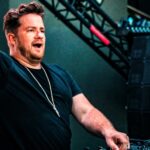 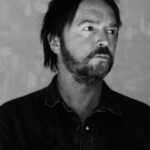